A Modern Take On Apprenticeships

It gave Sir Alex Ferguson and Jamie Oliver a start into their working world while Sir Alan Sugar hires his top one every year.

If you're looking for a way into a career where you are paid while you train and learn new skills en-route to gaining a qualification, then taking up an apprenticeship could be for you.

The Scottish Government and Skills Development Scotland target to offer 25,000 people training while in employment has been met for the second year thanks to employers' willingness to get involved in providing Modern Apprenticeships.

Over the years the value of apprenticeships has been questioned - were they really necessary, were they worth several years of low pay to gain a qualification? Unfortunately, there is still an old fashioned stigma attached to apprenticeships, according to a recent CIPD study only one in ten parents recognises apprenticeships as their preferred qualification for their children.

But being an apprentice is an effective way of getting young people into the workplace, especially when recruiters like me value on-the-job experience. And having completed an apprenticeship myself I know how I personally developed, learning a trade and skills that I'll use throughout my life; learning to work with others; problem solving; improving my communication skills and becoming much more employable than a school leaver with no experience. 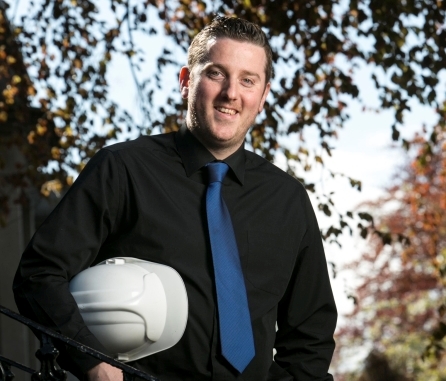 Today's Modern Apprentices are breaking down the old misconceptions by showing they are highly motivated workers, keen to learn with the potential to be managers of the future. They understand that apprenticeships are a valuable opportunity which can set them apart from graduates who often have no relevant work experience. By participating in substantial on-the-job training, college block release and obtaining an industry recognised qualification their hard work is being rewarded with job offers. And results released earlier this year, from an independent survey commissioned by Skills Development Scotland, reported that Scottish employers were satisfied with the relevance and quality of training and that their Modern Apprentices had delivered tangible results.

The oil and gas industry is beginning to recognise the value of apprenticeships too with many companies offering places in a bid to tackle the skills shortage, reduce long term recruitment costs and grow their own talent. A challenge for those which are embarking on these programmes is to retain the Modern Apprentices once their training is completed.

Apprenticeships are available for anyone at any age, there's no upper age limit and the range of relevant vocational training is wider than ever before, offering opportunities from plumbing to pharmaceuticals to project planning, so as we reflect on Scottish Apprenticeship Week, run by Skills Development Scotland during 20th- 24th May remember you don't need to be Sir Alan Sugar to hire one and you don't need to be Sir Alex Ferguson to join up!

Our Mount Kilimanjaro adventure was a challenge of contrasts. We followed the Rongai Route, which is considered the...