Many managers have confided in me that they find supervising tricky. Sometimes they even say that they lack supervisory skills and/or training. It's very common so, if you feel the same, you are not alone!

I use a two-pronged approach. My second prong focuses on developing the managers themselves and is the topic of this blog. The first is for the people leading the mangers, which I covered in an earlier blog 'Your Managers Aren't the Role Models Your Business Needs'.

These are actions that have worked for me. They're personal stories, rather than an attempt at yet another book about this subject on which a huge and potentially confusing amount of stuff already exists.

Manage What Your People Depend On

Managers are in charge of people and the results their teams achieve. The range of guidance and tips for doing this is large and can be bewildering. Many managers drift into the responsibility without being conscious of how they're going to lead. For instance, it's easy to fall into a routine provided by monthly meetings, quarterly deadlines, schedules the predecessor had and so on… and end up "doing" lots but not really leading.

I recommend starting with a guiding principle. The manager's job is to "manage what your people depend on". That means, for instance, making sure:

It doesn't mean doing the work for the team: it means making sure they have what they need to succeed.

Now that you have a guiding principle – "managing the things my people depend on" – you need to get the work done.

A tried-and-tested framework is to view leadership as ensuring that:

Here are 6 real examples to bring this to life:

1. Involve Your People In Planning and Goal-setting

In an organisation of about 750 people, we spent a day with a cross-section of about 80 and discussed our draft plan for next year and our 5-year plan with them. The plan was drafted in the Leadership Team, so there was little risk of someone seeing it before their boss. The day had many benefits. We improved the plan itself from the suggestions made; increased ownership and understanding of the plan; and improved individuals' understanding both of how their jobs contribute to the overall business and how they can help each other. All 750 staff received a copy of the final plan, which was used as a basis for regular team and individual performance management. We did this every year. That meant we made a habit of it; and established strong alignment with the organisation's goals.

It requires substantial preparation of course … and it is worth it.

2. Use Values-based Criteria For Decision-making

This helps speed and consistency of decision-making and frees-up your time. In one business where I was HR Manager, we had a clear set of principles based on Safety, Environment, Cost/Profitability, Reliability, People and Customer. We published them and encouraged people to use them for decision-making. For example, two managers knew there was enough money to install new equipment for one of them, but not both. They assessed each option and chose the one that had the better result overall, based on the criteria. The manager who didn't get the money still supported the decision as best for the company… and they didn't need to refer to higher management to make the decision.

You can also use principles that have a single factor, such as cost. My teenage son bought his friend a jumper as a birthday present two years ago. It cost £40. He teases his friend that, while that jumper is still going strong, the friend has bought at least eight other cheap jumpers since, for about £10 each, which have mostly worn out. Although he might not say it like this, my son clearly values life-cycle cost over initial purchase cost.

When recruiting senior executives, I ask how they use values-based criteria for decision-making: it's a powerful way of working out who is most effective in conveying their leadership intent. I ask: "if your people were faced with deciding between two different courses of action, what criteria would they use to decide?" If they scratch their chin and say something like "well, I think …" then they don't actually know; and the chances are that their people push decisions upwards rather than taking decisions themselves, which would make the whole organisation more nimble. When I've seen this answered well, the candidate says something like "we've talked about our values and criteria and how we make them live, so I know they would…". You can free-up your time (which is good for you) and push decision-making deep into your organisation, to where the information is (which is good for your people and customers), by providing clear decision-making criteria based on your purpose and values.

3. Use Rewards To Reinforce Values

In a Transport business, we reviewed stories of high performance every month in the leadership team. The best were given a bonus, enough for a really nice meal for two. We could have just given the money. Instead we also took care to reinforce our values at the same time. Every time we gave a bonus we wrote to the individual stating why we'd given it, describing what aspect of our values we were recognising. We also said that the whole leadership team was aware of what they'd done and shared in the congratulations. We achieved strong reinforcement of our values by doing this.

4. Ensure Understanding And Alignment By Using A "Back-Brief"

Never set a task and just ask "is that clear?" First, explain the aim and then ask the person to explain what they understand it to be and what they intend to do to achieve it. This is the "back-brief". When I do this, I make sure that they're talking for 2/3rds of the time. I have to shut up and listen! Immediately I find out if the other person has understood what I wanted: if they haven't, this conversation gives me the chance to make sure we're aligned on goals. I also find out if they know how they can achieve it, or whether something is unclear or obstructing them: this allows me to make sure they have what's required – clarity, resources, whatever – to get the job done. I learned this during my time as Talent Manager for Europe & Russia. It's simple and effective.

We learned this the hard way in a technical service department of a multi-national: we had increasing demand and not enough qualified people, or budget. The situation seemed impossible. The only thing we could think of was to give the work to people who knew a bit but weren't yet qualified and have them coached by the few qualified people we had. It was tricky and felt clunky to begin with, but, after a few months, capacity had grown and we could meet the increased demand from the existing workforce and budget. And everyone's skills had grown too! So, give the work to the people who need to learn how to do it. It's not as counter-intuitive as it may sound.

When a team meeting comes to an end, is there a stampede for the door? Are people too distracted with their action list to take a moment to close the meeting properly? At the end of every team meeting, ask:

It takes only 5 minutes. And at the beginning of the next meeting read the After-Action Review from last time, completing the feedback loop. I introduced this to a Joint Venture leadership team and, 3 months after starting, when I asked "What do we celebrate?", one colleague said "When you started this I was sceptical and thought it was a waste of time. Now I can see that it has really helped us work better as a team."

Avoid Being A Hands-on, Knows-all-the-answers Kind Of Boss 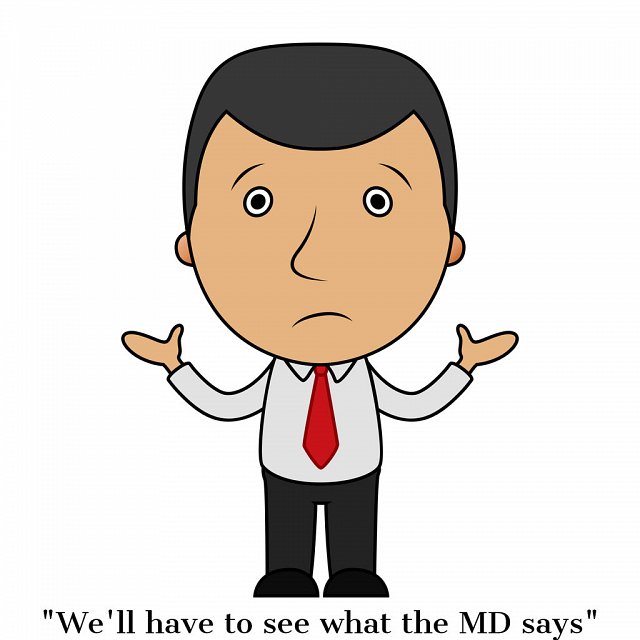 In one company where I worked I lost count of the number of times people said "we'll have to see what the MD says": there was a culture where decisions were dependent on him, people were frustrated and, importantly, much of the productivity, creativity and enjoyment was squeezed out of the business. Bosses working in a hands-on mode may be some of the hardest-working people in an organisation, yet it is almost always counter-productive. You'll have felt this yourself if your boss has been too hands-on and you've felt micro-managed. It's much better for a boss to use the principles and examples in this blog to get more from everyone than keeping control to themselves.

Your own boss should be an excellent coach for you: it is reasonable for you to expect this (see my earlier blog for more). Even if she or he isn't, I encourage you to do two things. First, seek your boss's steer and guidance – you might even be able to coach them! Second, aim to be a great coach to your own people: they have a right to expect it from you, because managers like you are the key leadership trainers in an organisation.

In this and my earlier blog I've described some of my insights about successful management. I hope you've been able to relate to them, can see their relevance for your own organisations and that they contain practical ideas you can use. 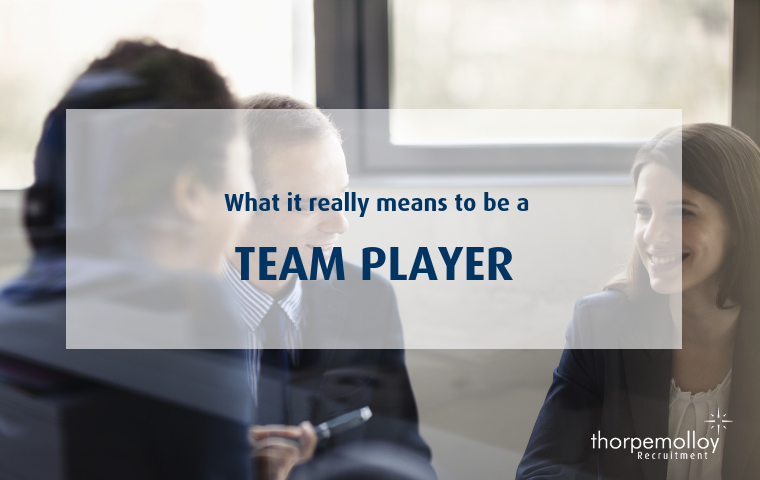 Being A Team Player

Avoid using the "team player" cliche in your CV and add bags of credibility instead. 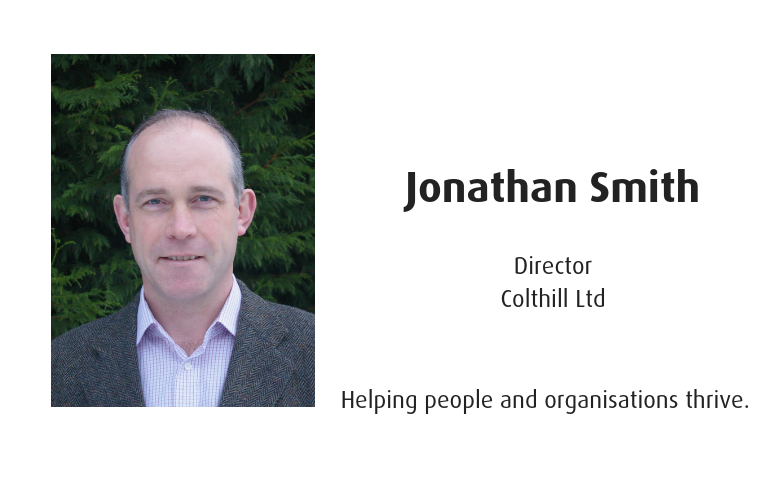 Your Managers Aren't The Role Models Your Business Needs

Three powerful actions to increase the effectiveness of your managers.