The gender pay gap is complicated. Between nuances of interpretation, wide ranging causes and unwieldy legislation it is a topic which exercises legal brains and has been in the spotlight since the government announced companies with more than 250 employees had to publish their pay gap back in 2018.

In my experience, remuneration practice remains a subject enveloped in secrecy with individual's reluctant to disclose what they earn and employers nervous about disclosing their gender pay information.

While it is emotive, the purpose of gender pay reporting is to get a better understanding of the issue, and its causes, so that meaningful recommendations that will positively effect change can be implemented.

Good recruitment and resourcing have a crucial part to play in accelerating the rate at which the pay gap closes.

Recruitment and Retention
Consider carefully the number of men and women who are appointed to each job type in your business, the rate at which they are promoted and the reasons they give for leaving. Exit interviews can reveal areas of improvement such as the effectiveness of flexible working practices; inconsistencies around career progression and reward practices. A disproportionate number of women not progressing, or leaving your business, points to a dysfunctional company culture.

Changing Culture Championed by Men
Today, the majority of leadership positions are held by men, so the speed of change and the ease by which change can be effected means that the boys need to get involved and lead by example.

"Do more to feature male leaders who have done a particularly good job promoting women. An example would be to highlight flexible working heroes in both your internal and external communications. These should be people, and particularly men, who work flexibly, but for reasons beyond solely childcare, so 'part-time and flexible working' doesn't remain problematically synonymous with 'working mothers'. The more this can be seen as 'business as normal' the more attractive you'll be to a wider range of talent." advises Dr. Doyle-Morris, an advisor to companies on creating gender balance from InclusIQ.

Transparency
It is a matter of reputation. I think everyone accepts that the gender pay gap shouldn't exist, but how it is tackled will vary across different sectors and industries. Without a "one size fits all" narrative it is important that individual employers explain the reasons for their specific gender pay disparities, proactively communicating why they exist and, crucially, explaining actions for change. This information will be positively perceived by prospective employees.

Shared Parental Leave
While it is certainly not true that women only earn less when they have children, the impact of pregnancy related time away from work, maternity leave and childcare responsibilities do have a significant impact on pay equality. With only around 2% of eligible parents claiming shared parental leave there is a growing sense that changing attitudes around paternity leave are important for driving change. The Women and Equalities select committee reported that radical reforms to parental leave are required to tackle the gender pay gap, recommending laws which force firms to offer new fathers flexible work patterns and ring-fence paternity leave.

Flexible Working
The speed of technological change has wildly outstripped the speed of change in our employment practices. It would be inappropriate to make a sweeping generalisation, but many jobs can now be performed efficiently as long as there is access to a computer, a phone and a good internet signal. As we deviate further and further from the traditional Monday to Friday, 9 to 5, the focus is shifting to how work is done rather than where and when it is done. This is creating interesting opportunities around job sharing and casting a long shadow of scepticism over presentee-ism.

Grade Structures & Promotion
Larger companies are more likely to have the capacity and infrastructure to manage grading systems and appraisals than small organisations where resources tend to be more constrained. However, it is surprising how many businesses operate without a remuneration strategy (despite salaries often being the most significant cost to a business), or don't have an equal pay policy in place.

The best way to significantly increase pay levels is through career progression. But structured grading systems and robust career planning must be implemented rather than depending on unfettered managerial discretion. Managers also need to be trained more effectively in managing salary negotiations to eradicate unconscious bias.

Again, gender balance expert, Dr. Suzanne Doyle-Morris advised: "This is a clear area where men are getting ahead. It's a myth that women don't ask for pay rises or job promotions; it's more that they are less successful when they do. In fact a Cass Business School study of 4600 employees in 2016 found men were 25% more likely to be successful when they ask for a pay rise than women. Watch out for the assumptions of who and why people deserve more money. Our beliefs are often outmoded and stem from who we assume is the main breadwinner, though for most families women bring home a substantial amount, and in an increasing amount, all of the income."

Career Advice
At the beginning of this article I said that the gender pay gap is complicated so it is not my intention to draw a simple conclusion between pay and gender stereotype career choices, but I do believe there is much work to be done in raising awareness of the diversity of careers and the rapidly evolving world of work to our young people.

Benchmark Reward Practices
Much of my time isn't spent actively recruiting, it is spent talking about recruitment. Clients often want to know the "state of the market" and that includes gaining an accurate understanding of the rates of pay for the roles they are trying to fill. Benchmarking doesn't just relate to base salary, but to annual pay increases, bonus practice, incentive schemes and total reward strategies – areas which could cause gender pay gaps. A major step towards tackling the gender pay gap in your business is to analyse your reward practices, identify areas for improvement and devise an implementation action plan and schedule.

This article also appears in our 2018 / 2019 North East Scotland Salary Guide. An earlier version of this article was also published in Recruitment International https://www.recruitment-international.co.uk/blog/2018/04/how-recruitment-can-help-close-the-gender-pay-gap

Inclusion Is The Key To Successful Diversity

Inclusion begins with your recruitment. 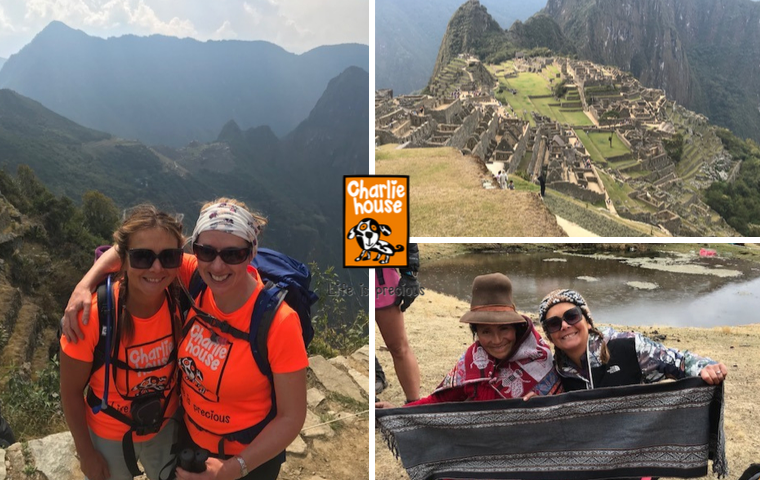