Football is renowned for the passion it creates with clubs at the heart of their home town and communities.

But there is often much more to a club than the game.

Liz explains the vocational work of the coaches, the education programme making a difference to young people in our region, the impact of the Still Standing Free campaign during lockdown and her plans for the Trust's future.

Learn about the great work going on in our community through the power of sport.

I am delighted to be "kicking" off the new year, (couldn't resist that pun) with my guest this morning.

Brilliant to have her for the next in the series of conversations with passion and purpose.

So, Liz, I'm going to hand over to you. I'd really love it if you could give me an overview of your career and your current role in 30 seconds, if possible.

Thank you for welcoming me Jude. Briefly, I went to Robert Gordon's University, then various jobs, ended up at the University of Aberdeen for 21 years.

The latter, probably half of that, working as Director of Development and Alumni relations. Got to know Dave Cormack and was offered this exciting new role,

joined on the 3rd of February last year. So predominantly we are working in education and we use this power of football to help children and young people across

Aberdeen and Aberdeenshire with their development.

We work in football as well. So all sorts of things you would expect from leagues, festivals, etc. And then we do a huge amount of work in the community.

We've done a lot around dementia, but essentially we're looking to maximise the potential of our community through physical and mental wellbeing.

We're going to do seven quick, punchy questions. We might go off-piste because I think there's a lot of really interesting stuff in there, not least that

you started in lockdown and all the programmes that you have done during what's been obviously a very challenging time to keep those activities going.

So the first question is: rugby or football?

And tell me, what's been your biggest career challenge to date?

Well, probably the transition from working at the university. I was in my comfort zone there had been there a long time, but there was something about coming to AFC.

There was definitely something about working for Dave Cormack. He's 100 miles an hour. He's very inspirational, quite demanding, but in a really good way.

So the chance to work with Dave and the team, AFC and the Community Trust to really do something good in the community was a big change.

It was scary in many ways, but I kind of had to just push myself and take that next step.

And coming into that, what do you think is your superpower and what do you bring to your new role?

If someone else described me, I think I'm energetic. I'm passionate. I'd like to think I get that out of people as well. So that's why I think with Dave Cormack,

we work quite well because we're both sort of 100 miles an hour with a can-do attitude. And at the moment we're back in lockdown.

So tell me, what's your favourite binge worthy TV series?

Now in lockdown? I probably hit The Crown, but prior to that I went through the whole of Narcos on Netflix. Tell me, diversity and football: discuss.

I would love to promote the women's game. So I have Emma Hunter in my team and Emma is the manager of the Ladies Team. So I think football is getting there in terms

of the women's game, but there's not the equality that there needs to be. So definitely a need for more women. I think the Black Lives Matter movement and the kneeling

at the start of games is important. But as we've seen just this week, there are all sorts of disgusting things around racism in football.

So I think, again, raising the prominence of anti-racism within the game is hugely important. I also think around sexuality as well. There's still a long way to

go. But I think there's a lot of people that could speak out more profoundly on that subject.

Some of the things that the Trust is doing to address the racism in particular, let's just use that as an example, do you want to elaborate on that a little bit?

Yes. So the Trust is the club's partner charity. So we are a separate charity from the club. But we work really, really closely with the club. And indeed,

lookdown has brought that relationship so, so much stronger. So my team, last week delivered to the club's Youth Academy a programme on anti-racism, and they were working

role models and we're bringing them up, hopefully, to be members of the first team and what they write has such an impact.

So really trying to get across. They talked about David Beckham, for example. I had no idea that he has a Jewish heritage. So really talking about anti-Semitism and bringing

that to life and using other examples of where John Terry at Chelsea had been the England captain made a racist remark and he lost it all.

Lots of things to work on there in terms of diversity. But what other future aspirations do you have either personally or professionally?

We had our Still Standing Free campaign for the first six months of lockdown, which was about getting food parcels out to the vulnerable and calling those in the community.

And we reached out to fifteen thousand people in phone calls alone and twelve thousand meals delivered. I don't feel that's what I came in to do. So since August got back

to probably the real job and the real job was working in education and getting our coaches back into schools to deal with young people with challenges in their lives,

looking at mental health, using the power of football around skills about resilience and empathy, and really bringing these young people and children to a different level

and out of themselves.

So we do a lot and I think we've known people look at this and think, oh, you're just football, but it's using it, if you like, for the development side. So there's the

football piece. And then I cannot wait to get to the other work that we did in the community, looking at intergenerational, looking at dementia, where all these things

that I've had to stop. Yeah, I think I think there's a lot of learning for me professionally.

And then what I want to do is to be able to, if you like, sell the story of the Trust and the fact that we are there to maximise the potential of those in our community

and work hopefully closely with our sister club, Atlanta. If my time at the Trust allows that I would love an exchange programme of some of these young people, give them

the opportunity to go to the States and bring some people over to Scotland. Wouldn't that be great?

Yeah, that would be phenomenal.

But to your point about what do I need to do next? I think the fundraising side for the Trust is something I can bring from my work at the university and really get out and

get some serious funding and to let us expand beyond where we are just now.

But you have some wonderful anecdotes already. And even though you've been hindered and restricted by COVID-19 you shared an anecdote with me. Could you share it now, you

don't need to mention the school. But it's a really powerful story that shows you the impact that you and your coaches and the organisation can have on young people.

It's people who work at the Trust and, sounds really gushy, but they are so inspiring. They're a young team. But for them, it's more than a job. It is absolutely a vocation.

They are passionate. And before lockdown I had five weeks and they managed to get to a couple of schools in that time. And one was a school in the city and there were

And at one point the ball came over and hit me on the leg and I kicked away. And the coach who was standing next to me said, Oh, my God, that's amazing. I said, because

I can kick a ball? And she said, No, no, no, no. She said, the fact that this child had run up to me, once he'd kicked it, said sorry and ran off again. And I said, what?

And she said he would never have spoken to an adult before he'd been coming to this programme. This young kid had been late for school 80 times in the previous year.

The school had brought in the Trust to run the football programme during the day, but also our breakfast club. And this kid then used to come in every morning and have a

nutritional breakfast, then get to do a kick about with the coaches and hadn't been late once, not once for school that term.

And also they were seeing improvements in behaviour in the classroom, not the finished article, but improvements there that enabled him because he knew he was going to get

his extra coaching sessions, so for me, this job is also a bit of a tug at the heartstrings.

And for me, a lovely segway onto my next and final question, which is, if somebody's watching this, what advice would you give them in order to reach their career goal?

So excuse the pun again. Very good one. No, I think my advice would be listen to your heart. There will be things out there that will come your way that you will think

I quite fancy. But maybe I'm in my comfort zone, I'm going to have to push myself to do it.

And I personally had that fight with myself. I had imposter syndrome where I thought: being CEO, it sounds great, but I can't do that. I've never done that before.

I've certainly never worked in the football world. I've always loved football. It's maybe a step too far. I've been at the university for 20 years. I'm institutionalised.

But I made the leap and I never looked back. I absolutely love it. It's a challenge.

And starting a new job in lockdown, doubly so. But also the rewards I've reaped through Still Standing Free, but also knowing that I've got the privilege of leading a

team that managed to do things that have impacted like that little boy. So I would say be bold, be strong and be brave. What a fantastic way to finish, and I just listened

to a podcast with Jake Humphrey, the sports presenter, so just to keep the sports analogy and his point was never sit in a comfy chair.

So brilliant. Thank you so much for your time. That has been fantastic. What a privilege to speak to you. And I know that you're so busy with all the initiatives that are

going on at the moment. So I really appreciate it. Thank you very much. Loved it Jude! 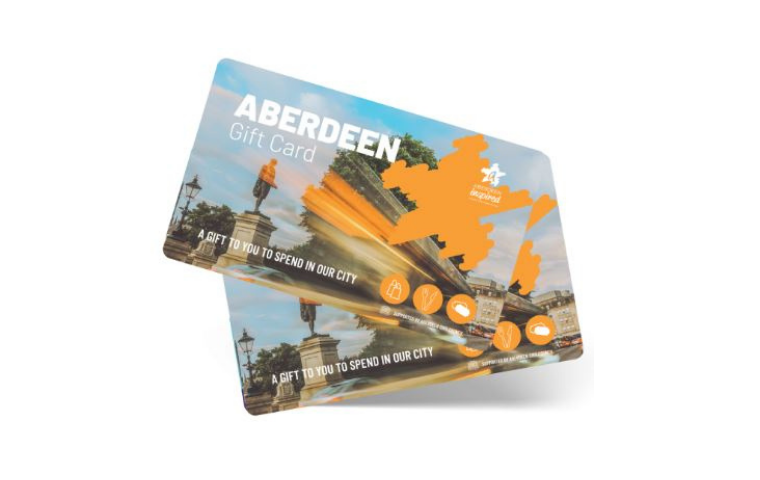 Rewarding Staff In The Covid Era

Putting local at the heart of incentive and rewards strategies. 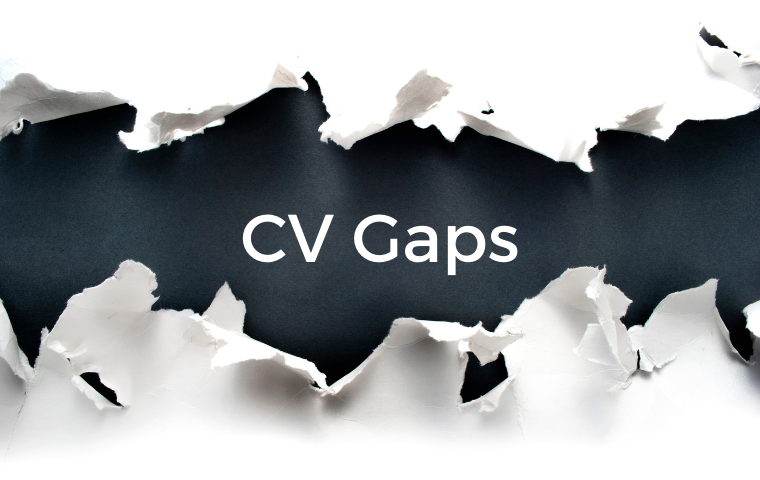 How To Handle A Gap In Your CV

How to positively tackle gaps in your employment history.