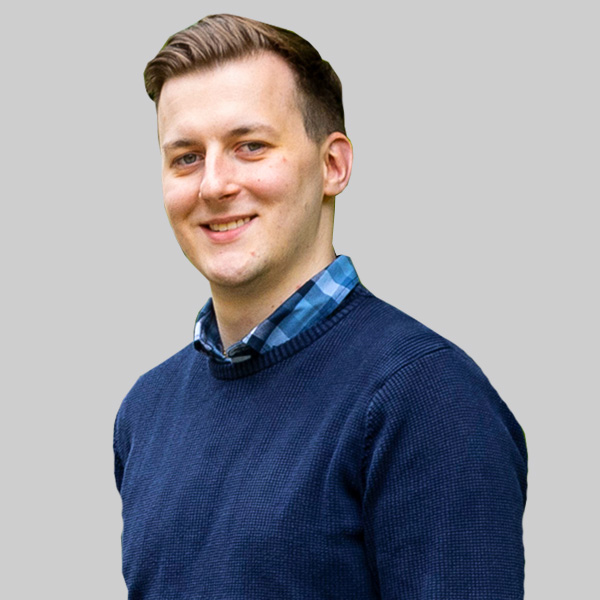 A good connection leads to a new career

Taylor was working as a systems engineer when he registered with us as a candidate. Feeling it was time for a change his regular communications with our IT recruiter, Colin McKay, led to a complete career change as the two began to realise there were synergies in what they were looking for.

Having previously considered a career in recruitment, Taylor was elated to throw himself into this role and is now supporting Colin grow our IT specialism.

Originally from Surrey, Taylor moved to Aberdeen in mid-2021. He studied at the University of Portsmouth obtaining a degree in Computer Networks but, somewhere along the way, realised that he enjoys working with people much more than working with computers.

He's a self-confessed nerd though and is in a happy place watching films and gaming, which means he's also very familiar with eye rolls from his partner. A large part of his reason for moving to Aberdeenshire is that he really appreciates the outdoors and exploration. A love for being active is a useful antidote to another serious interest - eating good food. These two pursuits are at constant odds, battling it out on his waistline.

Unassuming and friendly Taylor is hard-working and organised. He is service-oriented and a natural communicator who encourages others. Sincere by nature, it is important to him that his work is worthwhile and he can contribute constructively.

Taylor has been a big help in securing a new role. Arranging all calls and giving advice. He has been very professional and not constantly chasing as I have found with other recruiters. The job is probably not one I would have found without Taylor’s help.

I have the upmost respect for Mr. Hobbs. He has helped me out where other recruiters have just pretended I don't exist to them. He has been professional and helpful throughout all of this. I do recommend him as an exemplar for his work.

TMM helped me gain a 7 week assignment with one of their clients who were happy to provide a testimonial. This played a large part in me gaining a permanent position not long after. I would recommend for IT graduates in particular.